RITA ORA INTERVIEWS WITH SUGARSCAPE TO SPEAK ABOUT X FACTOR 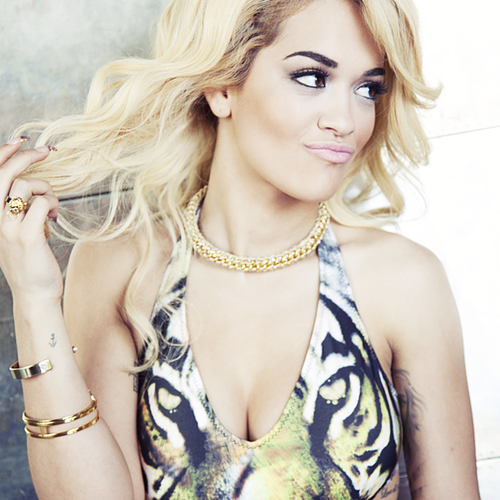 Rita Ora, earlier this year, was a guest judge on the X Factor in which she received great praise for her time there. During that time, she put through Rylan Clark instead of Gary Barlow. SugarScape caught up with our girl for an exclusive interview – check it out below:

Hey Rita, how are your American adventures going?

It’s been going good, I’m a bit ill at the moment but you know! We’ve been going to lots of crazy places. I love LA – I’m on my way there now – but we’ve been to Tennessee, Atlanta, Miami.. We’ve been to Toronto, Chicago was really cool too. I think Chicago and Toronto were two of my favourites.

What are the crowds like over there, could they take on the British fans?

I think in the UK people know my songs more when I play shows, but the fans are actually quite similar. The reaction is exactly the same from the fans.

So we are feeling suitably teased by that snippet of the Shine Ya Light video that’s lurking about on the internet – how was it going back Kosovo to film it?

It was so hectic! We flew into Pristina from LA and we had this like VIP section cordoned off for us and then when we left there were loads of fans and kids and photographers outside.

We were trying to shoot the video in all these different locations but basically every half an hour it would get completely filled with all these people so we’d have to move to another location. It was so much fun though, we got to ride motorbikes with this motorbike crew and lots of stuff like that..

The motorbike stunts looks pretty badass in the teaser..

Yeah, it was the most fun to shoot.

Did you have this big vision of how you wanted the video to come across?

I just wanted to celebrate.. I mean it’s called Shine Ya Light so I just wanted people to feel like they could celebrate who they are and where they’re from – that’s how I wanted to do my video.

I mean I was born there, in Pristina, but I moved to London when I was one so that’s why I chose to do it there, to go home for it.

Well Beyonce’s already given the track a big fat thumbs up hasn’t she?

Oh yeah, she loves that song!

She said she’s been playing it on repeat. That must feel pretty good?

She posted on her blog saying she liked it. She’s so sweet, I’m like, ‘Thankyouuu!’. I’ve met her loads of times and she’s really, really nice. Like just how you’d expect her to be – unbelievably so.

We could not be more jealous. Speaking of rave reviews, have you had a chance to see much of the X Factor to check out how the acts you let through at the auditions are getting on?

I have been watching it, not a lot because of touring – it’s like whatever I can watch online when I get a chance. But obviously I’ve been watching all the ones that I gave a yes to and all the people are really, really good.

Personally I think Ella is really cool, she’s so good but loads of them are. I think it’s really good because every year there are surprises. Like with One Direction – they didn’t win but they’ve basically taken over the world and that’s pretty amazing how X Factor does that.

What about Rylan – are you glad you let him through?

You know what, I just think he’s really funny and entertaining so yeah.

He seems to have a pretty big fan base, even if Gary wasn’t over the moon about you guys putting him through?

Nooo, he wasn’t that impressed, but I mean there are so many people – like the Gangnam Style guy – that you still like but don’t have to take too seriously. It’s all just about it being a bit of fun and having entertainment value.