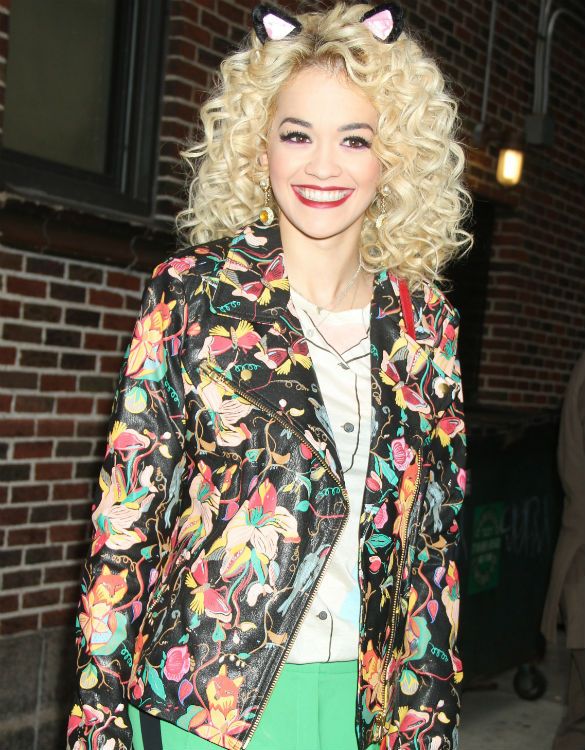 Rita Ora would “100 per cent” like to design her own clothing collection.

The 21-year-old singer explained how she plans to move into designing in the future.

Rita, who is the protégée of Jay-Z, is so dedicated to fashion that she will put her music on hold when the time is right.

“Ah, 100 per cent!” Rita squealed to the December edition of British Vogue. “But if I were to do that, I would literally just do a clothing line, I wouldn’t do an album. I would concentrate. Maybe after about seven albums or something. “I would do everything from, from the stitching to the catwalk. I wouldn’t want to do an average fashion line. I’d want it to be an amazing piece of art.”

Rita is known for her individual sense of style.

The pop star doesn’t think about her outfits too much, she just enjoys putting her ensembles together.

“Clothes are fun,” Rita laughed. “The designers have so much fun making them, you should have fun wearing them too.”

Rita went on to discuss where her passion for fashion came from.

She described how she began customising her wardrobe as a teenager and admitted some of her early creations were questionable.

“I would mix and match clothes, a £2 T-shirt, vintage stuff. I knew about the high-end clothes, but I never had money to get them. So I’d make them. I’d get clothes and cut them up,” Rita explained.

“I knew where I was going with it, it just didn’t look how I imagined.”